The Ultimate Guide to Supplements That Fight Inflammation 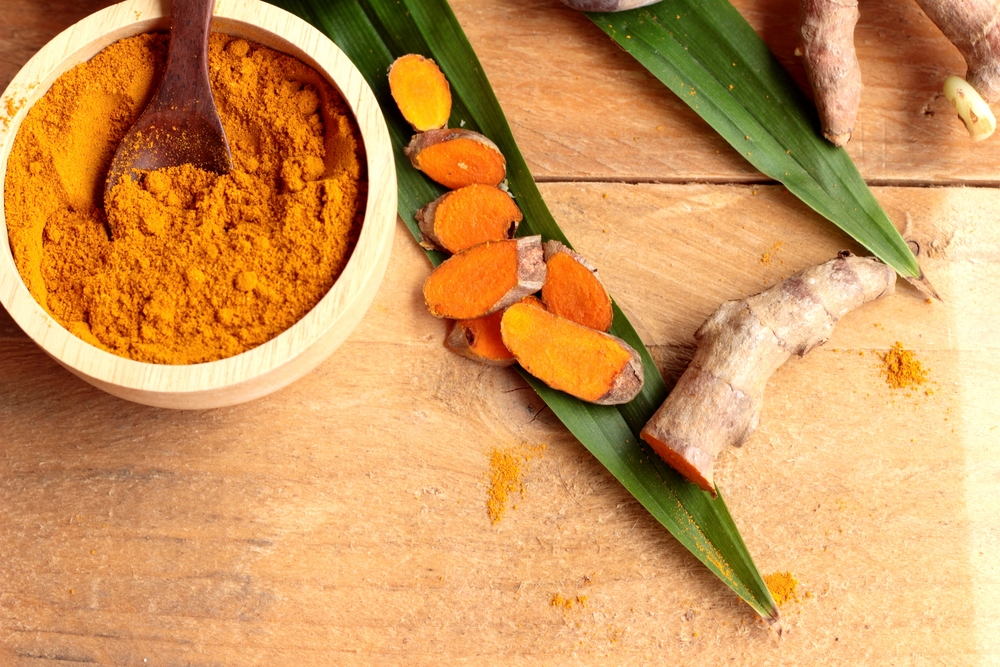 Inflammation is a natural process that is created by our bodies in response to stress, trauma and illness, but it can also be brought on by food that is unhealthy as well as bad lifestyle habits. Foods that act as an anti-inflammatory, a decent sleep (good quality as well as length), exercise, and managing stress are all great ways to help fight inflammation. In certain cases, taking supplements for inflammation can provide extra support. Supplements aren’t there to prevent, treat or cure illnesses, but there is a good chance that they will benefit you. Many of the supplements available to us are usually found in their nutrient form in whole foods. However, in cases of chronic inflammation, it is a good idea to take supplements to help bring the issue back into a balanced and manageable state. So, today we will be looking at what to take for inflammation by checking out six of the best anti-inflammatory supplements.

Alpha-lipoic acid is an anti-inflammatory that is created by your body. It is identified as a fatty acid and plays a vital role in producing energy and metabolic reactions. It can also function as an antioxidant. This will help to protect your cells from being damaged and can also help with restoring different antioxidants such as vitamin C and vitamin E.

There are a few studies that prove Alpha-lipoic acid acts as an anti-inflammatory, particularly inflammation related to cancer, diseases of the liver, insulin resistance, heart disease and a range of other disorders. Inflammatory markers such as ICAM-1 and IL-6 can be found in the blood. These markers have been seen to reduce when taking alpha-lipoic acid. Most of these studies have been carried out in patients suffering from heart disease. However, there is little evidence to suggest a reduction in markers in control groups.

You should take 300-600mg of alpha-lipoic acid daily, and as long as you stick to this dosage level, you shouldn’t see any side effects. This natural anti-inflammatory supplement should be avoided by pregnant people.

Curcumin is an element of turmeric (the spice) and is thought to have a range of great benefits to your health. Inflammation that is triggered by heart disease, diabetes, inflammatory bowel disease (IBS), cancer and more can be reduced in people who take curcumin. It has also been seen to benefit people who suffer from inflammatory symptoms caused by rheumatoid arthritis and osteoarthritis. When taking curcumin, piperine (which can be found in black pepper) or bioperine supplements should be taken alongside it as this dramatically boosts the absorption.

There is a randomized control trial that found that people who suffered from metabolic syndrome and consumed curcumin had a reduced level of inflammation markers (MDA and CRP), compared to the patients who took a placebo. There is another study whereby people who had solid, cancerous tumors took 150mg of curcumin. The results compared to the control group showed a much higher decrease in inflammatory markers in the curcumin takers. It was also said that their quality of life improved a lot more compared to the control group, meaning it provided a relief factor alternative.

The recommended dosage of curcumin is 100-500mg a day, plus piperine for absorption. There are no side effects if this dose of curcumin is taken, but too much can cause digestive issues. Pregnant people should not take curcumin. 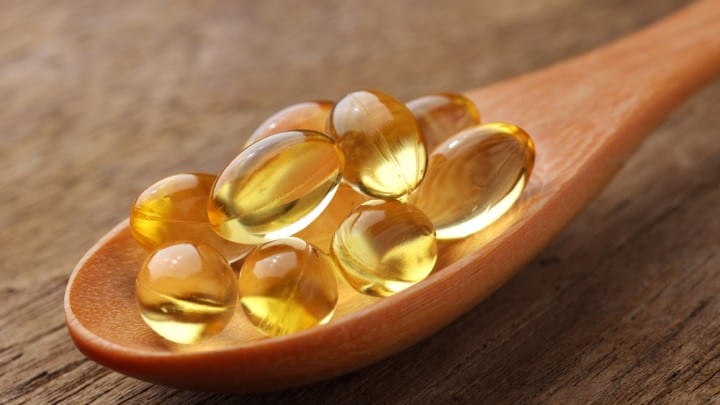 Fatty acids such as omega-3 can be found in fish supplements and are important when it comes to decent health. Inflammation that can be linked to diabetes, cancer, heart disease and other disorders has been seen to decrease when taking fish oils. Docosahexaenoic acid (DHA) and eicosapentaenoic acid (EPA) are the two varieties of omega-3s that are particularly beneficial. DHA is the one that has a lot of evidence to support the reduction of inflammation by decreasing levels of cytokine and promoting gut health. DHA also decreases muscle damage and the inflammation that follows after exercise.

One experiment that took place showed a 32% decrease of IL-6 inflammation marker in people who consumed 2g of DHA compared to the control. Another one showed that the reduction of the inflammatory marker TNF alpha (as well as IL-6) after intense exercise was significant compared to people who didn’t take DHA. However, there have been studies that have shown no benefits of taking fish oil in people who suffer from atrial fibrillation and healthy individuals.

When taking fish supplements to reduce inflammation, a daily dosage of 1-1.5g of omega-3s (from DHA and EPA) should be taken. It’s advised to take supplements that have an undetectable amount of mercury. When taking a high dose, fish oils may increase bleeding by thinning the blood. You should not take fish supplements if you take blood thinners (e.g. aspirin), unless a doctor authorizes it.

Ginger is a common and popular spice that is added to both savory and sweet food to flavor it. Ginger root is usually found in powder form. It is frequently used to reduce the symptoms of nausea and indigestion. Zingerone and gingerol are two components found in ginger that may decrease inflammation from problems such as colitis, diabetes, breast cancer and kidney damage, making it one of the best anti-inflammatory supplements.

When diabetics were given a 1600mg daily dose of ginger, their levels of insulin, CRP and HbA1c significantly decreased compared to the group of control individuals. There was a different experiment that showed consuming ginger revealed a lower level of IL-6 and CRP in the body. This decrease was even more significant when people exercised alongside taking the supplements for inflammation. There is evidence of ginger being one of the best supplements for muscle pain (especially after exercise).

No more than 2g of ginger should be consumed each day. If you take the 1g dose recommended, you shouldn’t have any side effects. But taking higher amounts of ginger could cause your blood to become thinner which can increase bleeding. So, individuals taking blood thinning medication shouldn’t consume too much ginger unless a doctor gives it the okay.

Found in purple-skinned fruits such as blueberries and grapes, as well as peanuts and red wine, resveratrol is a very beneficial antioxidant. Supplements of resveratrol can be taken as an anti-inflammatory, particularly by people who have heart disease, gastritis, ulcerative colitis, insulin resistance and other illnesses. Resveratrol found in red wine may benefit our health, but due to the low amounts of it found in the beverage, it may be difficult to see if it actually is beneficial.

A study took place in which individuals suffering from ulcerative colitis took 500mg of resveratrol a day. They found that this supplement eased their symptoms as well as reducing inflammation markers like CRP, NF-kB and TNF. A different trial took place which showed an improved level of inflammatory markers, blood sugar and triglycerides in obese people. On the other hand, there is a study that saw no improvements amongst people who were overweight and taking resveratrol.

150-550mg of resveratrol can be taken each day. There are no issues linked to taking the recommended amount. But if over 5g is taken in one day, problems with the digestive system can be witnessed. Again, those who require medication to thin the blood should not take resveratrol unless a doctor approves it.

An antioxidant effect that can be described as strong can be seen when taking spirulina. Spirulina originally exists as a form of blue-green algae. A reduction in inflammation, more healthy aging and a stronger immune system have been concluded from spirulina studies. More recent studies of spirulina have gone into the investigation of its effects on different animals. However, there have been experiments that have taken place on elderly people using these natural anti-inflammatory supplements. The results show spirulina has the ability to help conditions such as anemia, improve the function of the immune system and reduce the levels of inflammatory markers.

There is evidence to prove that when diabetics took 8g of spirulina on a daily basis for 12 weeks, their levels of MDA (an inflammation marker) lessened. In addition to this improvement, the patient’s adiponectin levels were raised. Adiponectin is a hormone that is involved in the regulation of blood sugar and the metabolism of fats.

Current studies suggest that people should take between 1-8g of spirulina supplements for inflammation each day. The US Pharamacopeial Convention has done an evaluation of spirulina and they have deemed the supplement as safe. As long as you aren’t allergic to spirulina, then there aren’t any potential side effects as long as you stick to the recommended daily amount. If you suffer from allergies or any sort of immunosuppressing disorder, then you should not take spirulina or algae.

When it comes to inflammation, there is a great range of natural anti-inflammatory supplements available to sufferers to help reduce and ease the symptoms of this bodily response. If you are thinking about giving any of these supplements a try, make sure you purchase them from a manufacturer that is reputable, stick to the instructions on dosage, and speak to your doctor if you have any medical issues or take any type of medication.

We can highly recommend the anti-inflammatory supplement by VitaMonk – we’ve used many of their supplements in the past and were not disappointed this time either. Take a look at the formula and the research behind it and you’ll see why.