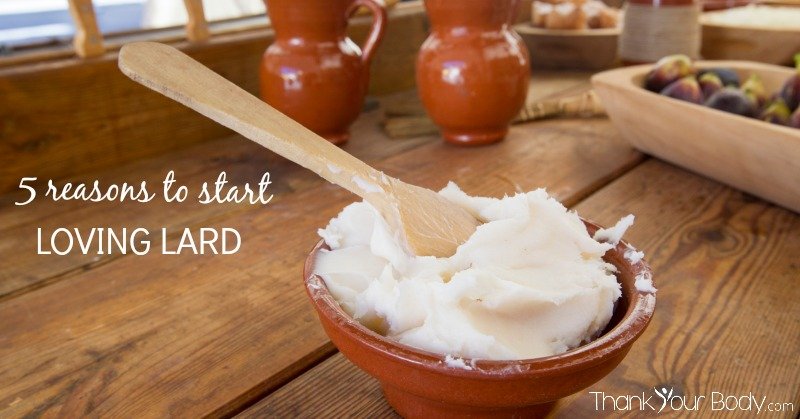 Fortunately, the tides may finally be turning when it comes to our preconceptions about “good” and “bad” fats.  Despite having less cholesterol and saturated fat than butter, lard has long been associated with gluttony and considered by many to be among the unhealthiest things to cook with (2). Yet little of this notoriety is deserved and the good news is the word is spreading!

So what is lard exactly? It is the abdominal lining in pigs that is then rendered and used to cook with. Leaf lard, which comes from the lining of the kidneys and loin area, is the preferred choice of many cooks due to its completely neutral flavor.

Not only is lard not bad for you, it actually contains some really healthy components. There aren’t many foods that contain significant amounts of Vitamin D and lard is one of the few sources naturally rich in it (there are about 1000 IU in a tablespoon)(1). Vitamin D deficiency is hugely common so cooking with lard on a regular basis is an easy way to boost your intake. It’s also rich in oleic acid, a fat whose consumption is associated with a decreased risk for developing certain cancers and depression. Besides the ethical importance of seeking out lard from pasture raised animals, another reason is that these animals contain a higher percentage of vitamins and good fats and of course less of what we don’t want (hormones, antiobiotics etc.) (1).

bakers swear by it

Many of the great bakers argue that you would be hard pressed to find any other fat that can rival lard in creating the lightest and flakiest (read best) pie crusts. See here if you’re interested in the science behind this. 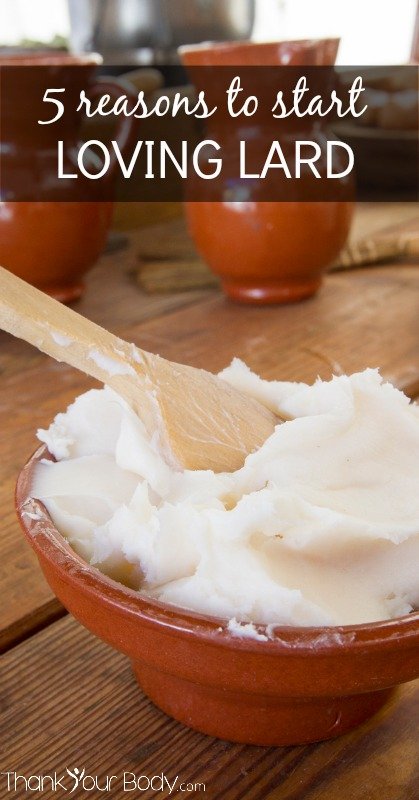 Though it may be initially off putting to think about consuming the abdominal lining of a pig, it’s good to remind ourselves that it’s all relative; what makes us squeamish has everything to do with the culture we grew up in and what we were exposed to.  For example, most omnivores don’t think twice about eating the thigh or breast meat of an animal and the hot dog is still an American favorite, despite the ingredient list containing things like this. In other words, we should try to keep an open mind because eating “nose-to-tail” as it’s popularly referred to (i.e. eating all parts of the animal) it really is one of the truest ways for those who choose to eat meat to respect and honor the animal. It also means there is overall less waste and this reduces stress on the environment.

This is probably the easiest selling point and needs the least explanation; once you try cooking with lard you will likely become a convert. It has the ability to create the most divine crispy deliciousness out of just about anything you desire. Here’s a great book with 150 sweet and savory recipes for cooking with lard.

Consideration of the proper cooking oil is an often overlooked element of many recipes but it’s important mainly because of the smoke point, or the temperature at which the oil begins to break down into volatile compounds. The reason we care is because many of these compounds, such as free radicals, are carcinogenic and can be dangerous if consumed consistently over a long period of time. A higher smoke point means that a particular fat will be more amenable to a larger variety of cooking techniques. Lard’s smoke point is relatively high at about 370°F which makes it a great choice for hotter methods like frying. Here is a handy chart of some common oils and their smoke points.

Where to buy leaf lard:

While growing in popularity, it may still be awhile before leaf lard is readily available everywhere. In the meantime, good places to try are your local farmer’s market or butcher and online. Make sure to look for the unhydrogenated form.  It keeps for three months in the fridge and up to a year in the freezer (2).