5 Nutritious and Sustainable Alternatives to your Favorite Seafood 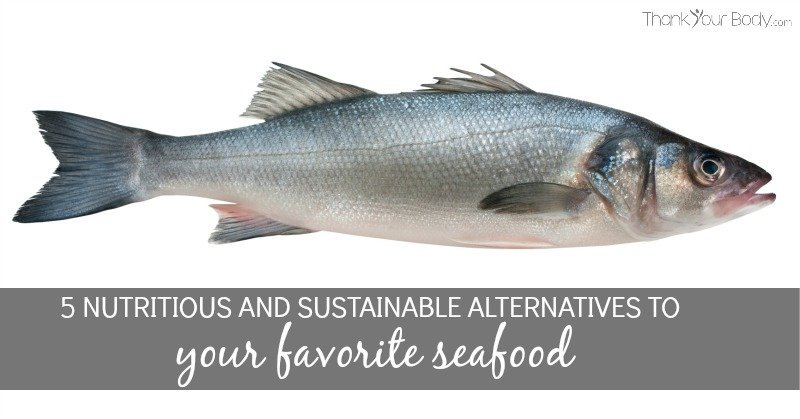 I love seafood and am always experimenting with new varieties and recipes.  There are loads of health benefits found in fish; they are lean sources of high quality protein and provide an abundance of omega-3’s, vitamins and minerals, to name a few.

When selecting fish, the top three criteria I’m considering are:

1. sustainability: where is the fish from and how abundant is the supply? if farmed, under what conditions was the fish raised? if wild, how was it caught? is the habitat or other wildlife harmed in the process?

2. nutrition: in addition to looking for nutrient dense foods, it’s important to consider what you DON’T want in your fish; namely mercury and industrial chemicals (PCBs, dioxins, and pesticides).

3. freshness: look for clear eyes, tight scales (no flaking) and a clean “ocean” smell. Also, don’t hesitate to ask your fish purveyor when and where it was caught.

Food is subject to market trends just like anything else, and the U.S.has long had a love affair with the following seafood varieties: shrimp, tuna, salmon, cod, and Chilean sea bass. Here is an overview that includes suggestions for what to avoid and some comparable alternatives you can easily swap in for your favorite recipes.

Shrimp are an excellent source of the little known carotenoid called astaxanthin, an antioxidant that acts as an anti-inflammatory agent in the body (1). They also provide a healthy dose of selenium and omega-3 fatty acids. Shrimp are by far the most popular seafood in the U.S. – we eat about 1.2 billion pounds per year! (2). The downside is that the combination of high demand and unsustainable farming methods have wreaked havoc on the environment, destroying mangroves and polluting natural habitats.

Avoid: shrimp farmed in Latin America and Mexico
Look to buy: shrimp from Alaska is the best option, good choices also include shrimp from the U.S. and Canada
Try instead: While there isn’t an exact substitute for shrimp from a culinary standpoint, from a sustainability perspective, consider oysters, clams and mussels.  Since bivalves rely on algae for food, they help keep our waters clean and many of the farming practices are humane and protect wild supplies. Nutritionally speaking, mollusks are a fantastic source of protein, zinc, iron and vitamin B12 (3+6)

One of the healthiest forms of seafood due to its high quantity of omega-3s, essential amino acids, vitamins and minerals. Due to overfishing, pollution and climate change the population of Atlantic salmon (along with others) have taken a hard hit.  Farmed Atlantic salmon has grown in popularity but should be avoided because the growing practices are inhumane and harm the local habitats. In addition, researchers have found unhealthy levels of contaminants, such as PCBs, in farmed salmon.

A rich source of omega-3s, potassium, selenium and several of the B vitamins. Tuna is the second highest consumed seafood (after shrimp) in the USA for several years running and canned tuna makes up the majority. This has taken its toll; one recent study revealed that there has been a 96% decrease in the population of Pacific Bluefin tuna. The other major concern is that several varieties of tuna contain concerning levels of mercury. We usually hear about this in the context of pregnant women and children but it’s a health issue that everyone should be mindful of.

Avoid: Albacore, Bluefin, Skipjack and Yellowfin (except troll, pole and US longline)
Look to buy: In terms of sustainability, USA troll/poll caught Albacore, Skipjack, and Yellowfin tuna varieties are best. Regarding mercury levels, all tuna should be consumed in moderation
Try instead: canned wild salmon, trout, sardines (super high in omega-3s without the mercury) (3). 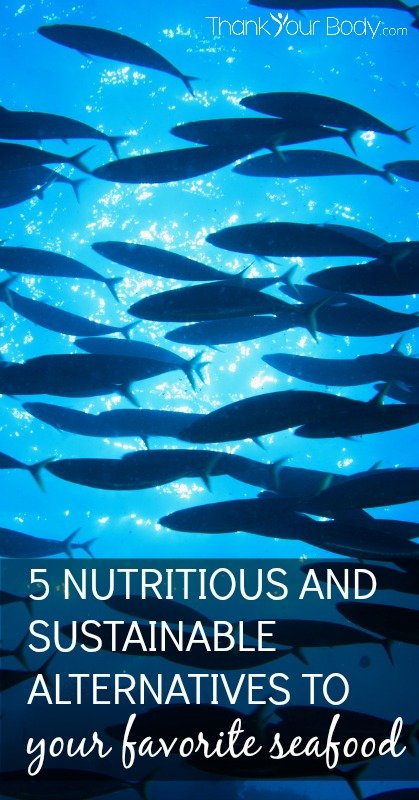 A good source of omega-3s and the vitamins niacin, B12 and B6 (4). Decades of overfishing lead officials to set limitations on cod fishing in Atlantic waters last year. Fortunately, there is a relative abundance of Pacific cod so seek this out at your local fish market.

Avoid: Atlantic cod and cod from Japan and Russia
Look to buy: cod from the Pacific
Try instead: Alaskan pollack or Pacific halibut (both have similar light textures) (3).

Also known as toothfish, it is slow to mature and reproduce. Due to these factors and its popularity, Chilean sea bass has found itself a place on the endangered “red list” in recent years and this has made its sale on the black market a problem (5). It also contains a fairly high amount of mercury so should be consumed sparingly.

*This list is based on current information but is subject to change so it’s a good idea to periodically reference a website like Montereybayaquarium.org for the latest seafood “watch” lists.

What are some of your favorite seafood varieties and substitutions?

PrevPreviousRecipe: Roll Your Own Sushi
NextHomemade and Healthy Breath MintsNext