A Cluttered Home Through the Eyes of a Child 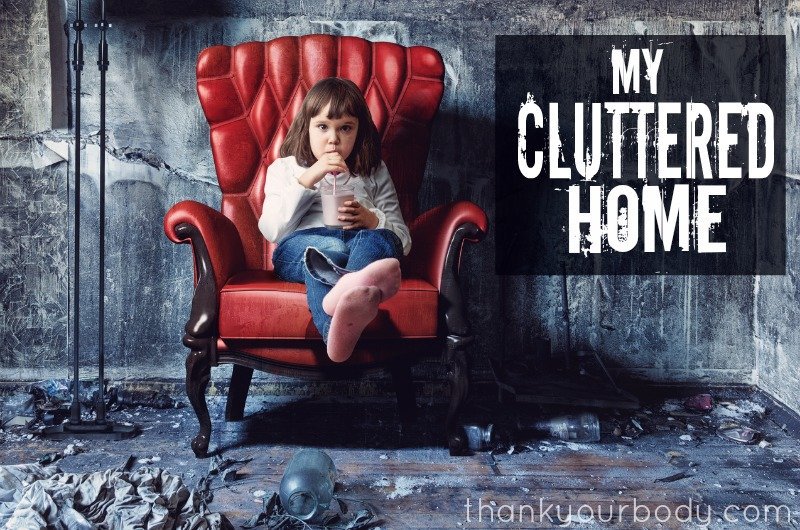 Dear Thank Your Body friends, today I have a special treat. I received a message from one of YOU who read my newest ebook, The Clutter Trap. I asked if she would be willing to share her story with you today. I truly believe that clutter has such a powerful influence over our whole lives, including our health. This reader would like to remain anonymous, but I’m grateful for her willingness to open up on how clutter has affected her family’s life.

A Child’s Experience with The Clutter Trap

Thanks for letting me share a few thoughts on how clutter has affected myself and my family for years. I feel like I’m on a daytime talk show called “Confessions of a Clutter Addict,” where I’ve shown up with my family to publicly reveal our big family secret. Only, I don’t think our clutter problem has been a secret. In reality the only people we have been fooling is ourselves to think that we could ignore, cover up or hide from the affects of clutter in our home.

I should start by clarifying, I am not a hoarder. I do not have a compulsive need to hold on to everything I buy and the box it came in. In fact I throw out several garbage cans of trash each week and a bin or two of recycling. No, my clutter and the large amount of “stuff” in my home comes from certain thoughts and values I was taught as a child by my parents that I think your book addresses beautifully.

My parents are wonderful, hard working, intelligent people with very typical middle-class American ideals. I do not blame them at all for my clutter problem that I do believe I inherited. Like most people my parents sincere desire was to to provide for their family, give nice things to their kids and be generous towards others.

My parents’ giving nature kept things flowing into our house and they never really left. We held on to almost everything because it was “valuable,” “had meaning,” or “might come in handy some day.” Stacks of newspapers and magazines would sit on counters, dining tables would be turned into “work areas” that were left a mess to be clean up before dinner, and boxes of papers were stored on and under desks. We had more stuff than we could use in a week… or several months for that matter.

While we always felt loved, the affects of clutter became apparent to me at an early age. Here’s a little peak into what life is like inside a cluttered home:

Your kids always want to play at a friends’ houses

I realized at an early age, around 6 or 7 years old, that my friends’ houses were nicer to be in than my house. Even though we lived in the same neighborhood, with similar houses, my friends’ homes seemed to be bigger and feel nicer and more welcoming. There was more room to play and run around my friends – which is what you really want to do at that age anyway.

By age 10, I was so embarrassed of the clutter, and my mom, that I didn’t want to have friends over to my house to play. I looked for and made up every excuse I could to get together with my friends at their place or some other location outside my home. Unfortunately, this pattern continued for another 10 years until I finally moved out of my parents place to go to college.

I wonder how many positive experiences with my parents I have missed and continue to miss because I am still mentally trying to escape the clutter.

You become a Frazzled Fire Fighter

Clutter is more than just the physical stuff in your home – its mental clutter as well. Its so easy to buy something you don’t need or have time for because it was “on sale” or a “good deal” or was something you would love to have or do. The problem is that as these types of things pile up in your home so does your To Do list. In fact, your entire home becomes an enormous visual To Do list – constantly reminding you of all the things you have to or could be doing. How could you ever keep up? You can’t!

Instead you become more and more overwhelmed by all the things you have to do, and it becomes easier and easier to get distracted by the things you would rather be doing. The net result is you spend your time working hard on the wrong things or too many things and fighting the fires doing the things you really needed to do but forgot about in the process. You work yourself to death but rarely get things done on time or really get to enjoy doing them. 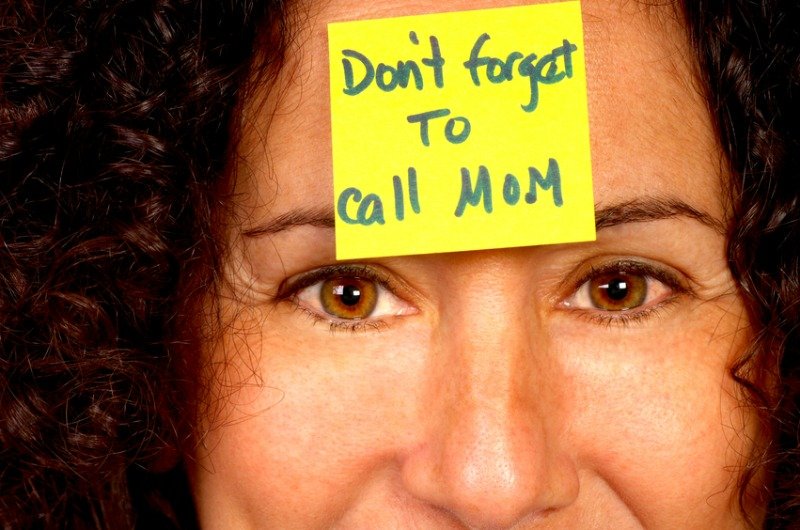 In my early teens, I remember going to our medical doctor’s office with my mom and watching as she broke down in tears. She was overwhelmed and stressed-out-to-the-max and afraid she had developed Early Alzheimer’s Disease. She was having problems remembering basic things that she needed to do, such as go to the store to get food like she said she would, and take the kids to their weekly activity. She felt like a bad mother and spouse and felt there must be something wrong with her.

The doctor, who had known us for a long time, responded by listening and giving her a hug. A few directed questions later to see if she really may have an illness, and we walked out of the office with only the reassurance that nothing was physically wrong with my mom.

The thing my mom does seem to have Alzheimer’s towards is that the clutter is the problem! Two or three times a year in the course of a regular conversation about how she’s doing my mom will bring up the fact that she needs to do something to declutter her home because its driving her crazy.  But, she never follows through.  Its like an addiction.  She will recognize the problem for what it is and then goes right back to living her cluttered life.  Its really heartbreaking to me. 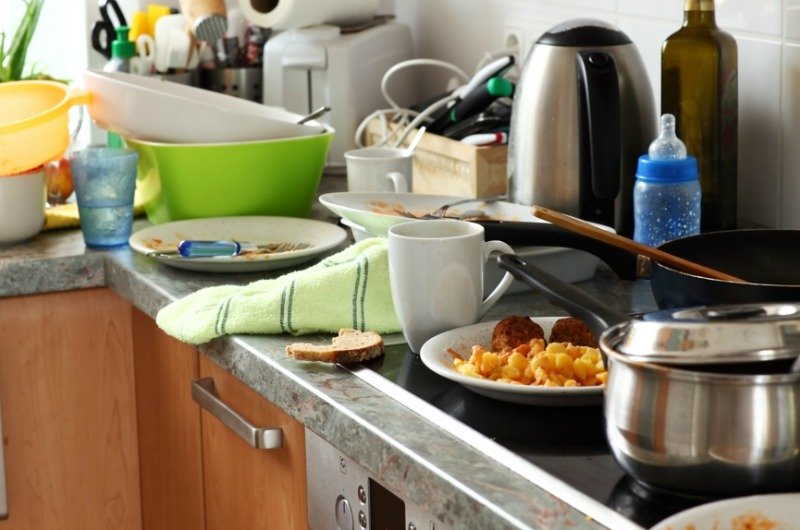 I could go on forever about how clutter has influenced my family, both as a child and now as an adult, but it would be a long and depressing read. Let me summarize a few more points:

This last point has been somewhat painful for me to witness. A few years ago, my parents moved into a new home. My parents were excited and talked about how the home was bigger, had more space for them, and how it would be a good chance for them to escape the chaos (of clutter) in their own home. When I was able to make the trip to visit them in their new oasis, it was already filling with clutter. It had only been three months since they moved.  And, they still owned their first home that continued to house the majority of their stuff.

The Clutter Cycle Goes On and On

The most discouraging thing about clutter is how easily it is passed on to your kids. I struggle with clutter even though I can see how it is affecting my life. When I saw your ebook I was skeptical that it could help me as I already own plenty of “organization” books. I was so happy to find that your book really talked about the why of clutter so I could address some of my root issues. There is finally a bright side to this family drama, and we have a real shot at making the right changes towards being free. I finally feel like I can be the “she’s got it together” parent with the kind of home my kids and their friends will want to be. Thank you! 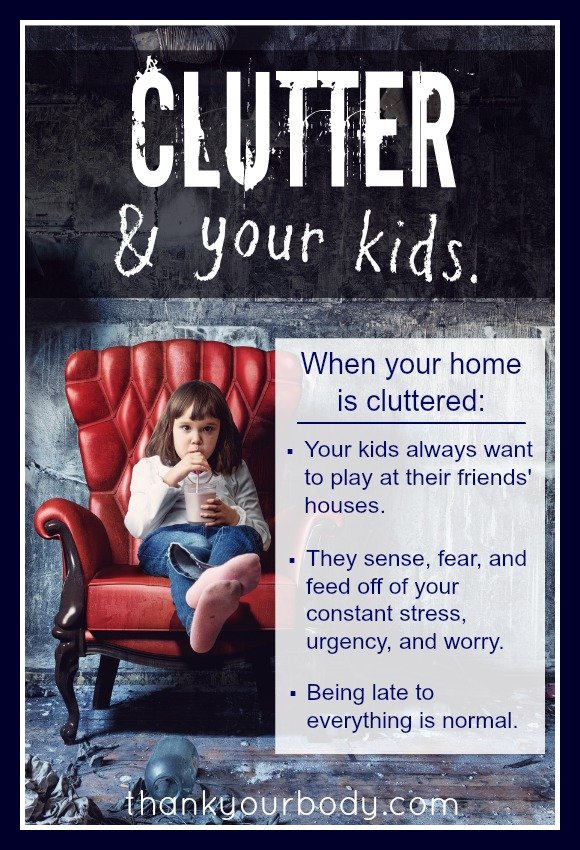 Thank you for sharing your story as I’m sure others can relate.

If you struggle with clutter you can learn how to free yourself for good.
To read more about my ebook, The Clutter Trap, click here.