Is Aspartame dangerous: The sneaky story of how aspartame became legal 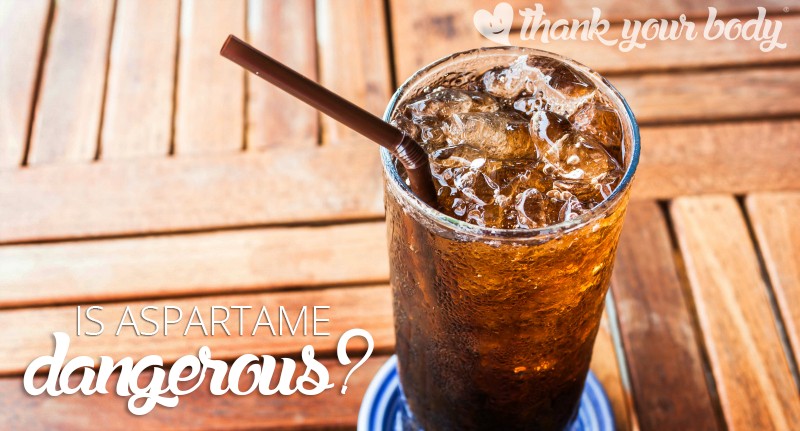 Is aspartame dangerous? Depends who you ask. This artificial sweetener has found its way into more than 6,000 products including carbonated and powdered soft drinks, chewing gum, confections, gelatins, dessert mixes, puddings and fillings, frozen desserts, yogurt, tabletop sweeteners, and some pharmaceuticals such as vitamins and sugar-free cough drops. Currently aspartame is consumed by over 200 million people around the world (source).

That’s a lot of food… and a lot of people. Looks like the question: “Is aspartame dangerous” is one we all should be asking.

If you head on over to aspartame.org you’ll find lots of reassuring data that indicates that the artificial sweetener has been through the “scientific” ringer. You’ll find endorsements by all sorts of “experts” and important people. But if you take a look at the history books the facts paint a different picture:

The sneaky history on how aspartame became legal

Born out of accident

In the mid 1960’s a chemist working for the company by the name of of G.D. Searle accidentally created aspartame in a quest to produce a cure for stomach ulcers. Searle puts aspartame through some testing procedures and eventually gets approval by the FDA.

Unfortunately, the testing process was among the worst. Not long after approval, the dangers of aspartame brought G.D. Searle under major fire.

In fact: Aspartame triggered the first criminal investigation of a manufacturer put into place by the FDA in 1977.

In 1980 the FDA banned aspartame from use after having 3 independent scientist study the artificial sweetener. Why?

Because they found that aspartame came with a high danger of inducing brain tumors.

In January of 1981 Donald Rumsfeld, CEO of Searle, stated in a sales meeting that he was going to “call in his markers” and make a push to get aspartame approved. That month Ronald Reagan was sworn in as President of the United States. His transition team included Rumsfeld who hand picked Dr. Arthur Hull Hayes Jr. to be the new FDA Commissioner.

Within a couple of months, Hayes appointed a 5-person Scientific Commission to review the claims on aspartame. In a 3 – 2 decision, the panel upheld the original ban, stating that the artificial sweetener was unsafe.

Aspartame: Banned twice by the FDA.

Despite the panel’s decision, Hayes later installed a sixth member on the commission who voted in favor of the making aspartame legal. The vote was now deadlocked.

Hayes personally broke the tie in aspartame’s favor. (Keep in mind that Dr. Hayes, a pharmacologist had no previous experience with food additives before becomes in the FDA Director.)

The icing on the cake: In 1985 Searle was absorbed by Monsanto. Donald Rumsfeld reportedly received a $12 million bonus. And the sad tale of fake food and experimentation on the human race continued onward.

So is Aspartame dangerous?

Aspartame accounts for over 75 percent of the adverse reactions to food additives reported to the FDA. Here are just some of the different documented symptoms listed in the report as being caused by aspartame:

According to researchers and experts who have studied the dangerous effects of aspartame, the following chronic illnesses can be worsened or even triggered by aspartame:

So what do you think? Is aspartame dangerous?

This is another one of those cases where you can find a study to “prove” either side: Aspartame is safe. Aspartame is dangerous. However, looking over the history books, I am reminded why I generally don’t trust studies in the first place: The people making the claims can be bought.

Is your health worth the risk? In my experience, trusting natural real food will always win on industrialized, imitation, fake-food sell-outs.

Want to eat better, but don’t know where to start?
Check out my new stress-free guide: Processed Free.