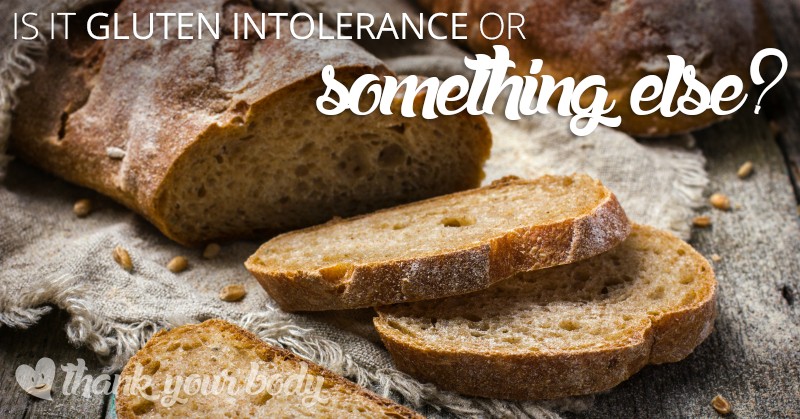 Do you experience gluten intolerance symptoms? Ever find yourself dealing with digestive issues, headaches, brain fog, or other related symptoms when you eat wheat or other gluten containing grains?

For some, gluten intolerance symptoms go way beyond some tummy discomfort.

Certain autoimmune diseases can be an absolute nightmare to deal with, and I know plenty of people who have reversed issues that they were told only surgery could solve by going on a gluten or grain-free diet.

Now days, it seems like more and more people seem to be wondering if they are gluten intolerant. Only a very small percentage of the population actually has celiac disease, but it seems like more and more people are experiencing gluten intolerance symptoms. Not only that, but many of these same people notice a HUGE difference in their health when they ditch the grains.

But is it just a health trend or is there something really going on?

Due to our toxic world (that includes a lot of toxic food) many people are discovering that those gluten intolerance symptoms are a result of “leaky gut.”

Our gut naturally allows very small molecules to pass through into the body in order to absorb vital nutrients. Leaky gut happens when things like infections, toxins, stress, and even age can cause the tight permeability of the gut to loosen, allowing larger things like toxins, microbes, and undigested food particles to enter into the body via the digestive tract.

When these ‘foreign’ objects enter the body, the immune system treats these invaders like pathogens. Your body literally starts to attack itself in response. Of course, this is a very simplified explanation of an autoimmune disease.

My Own Experience With Gluten Intolerance Symptoms

I’ve always been a lover of bread. Growing up, I was super picky. I ate very little vegetables, lots of processed carbs, and all that other low-fat “health food” that was popular during the 80’s and 90’s. I lived for bread.

When I switched my diet about five years ago (you can read about my health journey here), I was amazed by how incredible I felt. I lost weight, had more energy, felt amazing, and more.

I was still very much pro-grains during that time, although I was careful to eat more sprouted or fermented grains (like sourdough bread) as they are easier to digest. But I found that I also had no issues when I also consumed freshly ground organic grains.

That all changed last year. 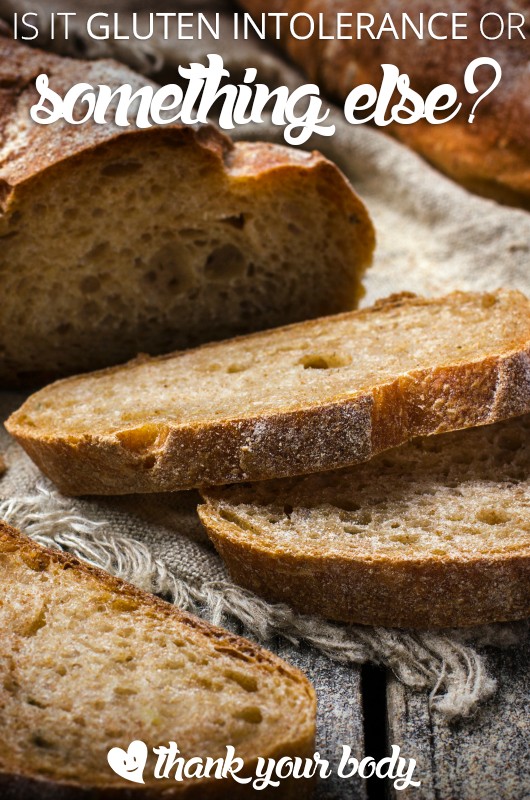 My family moved to a beautiful little town in Northern Utah last summer. It was also around the same time I began noticing less-than-enjoyable experiences when I ate gluten. My symptoms weren’t anything horrible, but they were annoying:

It took me several months to finally bite the bullet and eliminate grains for my diet… just to see.

The headaches were gone. The bloating was gone. I felt like a fog was lifted off my brain. And hey, I finally lost those stubborn 15 pounds of baby-weight that just would not budge.

I also secretly wept for the loss of my beloved grains. It seemed nearly impossible to ignore those gluten intolerance signs and continue doing more harm to my body by eating something that clearly my body didn’t like.

So why are more people experience gluten intolerance symptoms?

Is it the really gluten or something else?

Not too long into my “grain-free” journey I read a blog post from Sarah, The Healthy Home Economist: The Real Reason Wheat is Toxic (It’s not the gluten!).

I won’t rehash the entire article here because she does such a great job. Be sure to hop on over and read the whole thing. But here’s the reader’s digest of what may be the real reason behind the growing number of people struggling with gluten intolerance symptoms:

“Common wheat harvest protocol in the United States is to drench the wheat fields with Roundup several days before the combine harvesters work through the fields as the practice allows for an earlier, easier and bigger harvest

Pre-harvest application of the herbicide Roundup or other herbicides containing the deadly active ingredient glyphosate to wheat and barley as a desiccant was suggested as early as 1980.  It has since become routine over the past 15 years and is used as a drying agent 7-10 days before harvest within the conventional farming community.

According to Dr. Stephanie Seneff of MIT who has studied the issue in depth (…), desiccating non-organic wheat crops with glyphosate just before harvest came into vogue late in the 1990’s with the result that most of the non-organic wheat in the United States is now contaminated with it.  Seneff explains that when you expose wheat to a toxic chemical like glyphosate, it actually releases more seeds resulting in a slightly greater yield:   “It ‘goes to seed’ as it dies. At its last gasp, it releases the seed” says Dr. Seneff.”

Remember that whole ‘leaky gut’ discussion above? Well, turns out Roundup significantly disrupts the functioning of good bacteria in your digestive tract. It can flare up those gluten intolerance symptoms and more scary autoimmune disease symptoms.

When I first read Sarah’s article I dug a little deeper and realized that there’s a good chance my own personal gluten intolerance symptoms are more connected to toxic wheat. When we moved to our little town last year, our access to some of our favorite real food items (like my favorite organic sprouted flour) were harder to get. Little by little my family made some compromising steps. We figured the occasional conventionally grown flour wouldn’t kill us…. and it probably won’t.

But overtime we were making more biscuits, fruit cobblers, and other items and utilizing that compromising flour. The timing of my symptoms perfectly align with our switch in the flour we consumed.

To test the theory, I tried some of my true-and-faithful flour again and didn’t have any issues.

Does this mean I’m all pro-grains again?

I’ve always been pro-balance and pro-listen-to-your-body. I am still laying off the gluten most of the time and focusing on healing my gut. But ultimately I believe that when our bodies are healthy, we can generally enjoy a variety of wonderful foods… so I think my grain friends and I will meet again.

Don’t take my word for it.

Ultimately, you need to listen to your body and eat the foods that make you feel awesome. But if you’ve dealt with any gluten intolerance symptoms, you may want to look into this. Head on over and read the full article on Sarah’s site here.