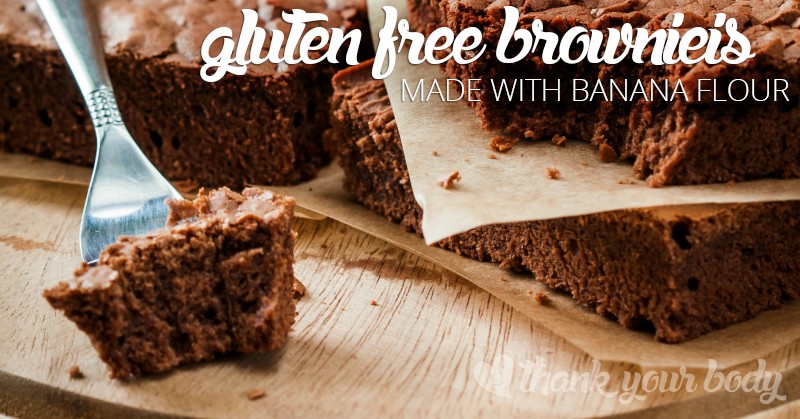 I actually stumbled upon banana flour several months ago. I was intrigued, so I bought a container for me and one for my amazing recipe contributor, Erica. After all, Erica is the queen of gluten free desserts and I knew she’d appreciate trying something new.

Let me tell you: we both LOVE banana flour.

Banana flour doesn’t taste like bananas. In fact, it’s made from green bananas through a very simple process. The unripe green bananas are gathered, peeled, sliced, dehydrated, and then ground up. That’s my kind of food!

For the many people looking for gluten free alternatives–including gluten free desserts (my favorite part of any meal, right?)–banana flour offers a versatile substitution. 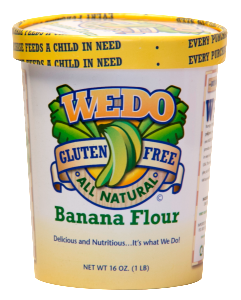 How to Use Banana Flour

Since it mimics wheat flour quite a bit, it’s actually pretty easy to transition to banana flour. It’s much lighter than many other nut flours. It can be used by itself or combined with other flours. Banana flour has a high starch content which means you can use less flour overall. The rule of thumb is to use 25% LESS banana flour than suggested flour.

As I mentioned, I came across Banana flour several months back and fell in love. My recipe contributor, Erica was also in love. The company, WEDO Gluten Free, actually happens to be local to us. After her first experience with banana flour, Erica mentioned the idea of interviewing the company for the blog. I loved the idea, but of course, life got in the way nothing really came of it.

A few weeks later I was on the phone with my good friend, Becky, who was in New York. We were discussing our book project, Take Back Monday (available now). As we were going over our list of interviewees for the book, she told me that she just confirmed an interview with David Wintzer. I asked her what his story was and she said, “He is the co-founder of WEDO Gluten Free Banana Flour.”

After hearing David’s story about brining banana flour to the United States, I was even more impressed. His perserverance and passion are truly remarkable. I am so excited to share his amazing product with you (and the recipe for the awesome gluten-free brownies below).

I’m also REALLY excited to share David’s STORY and how WEDO banana flour came to be. Here’s a little excerpt from the book with a link to read the chapter in its entirety:

“My guess is that 80 percent of people would have quit by now,” says David Wintzer of his venture, the first and only banana-flour company in the United States. After hearing his story, one might put the estimate closer to 99 percent.

The long road to success hasn’t been for lack of vision or genuine intentions. Indeed, WEDO Gluten Free is committed first and foremost to the health of its customers and making a difference in the world by giving back. Rather, the arduous journey was inevitable because the founders are pioneers in the food industry, forging a new path every step of the way.

In 2008, David traveled to Kenya as part of a humanitarian mission to provide microloans for entrepreneurs. While there, he worked with a group of women—WEDO, or Women Entrepreneurs Development Organization—who produced banana flour using a simple and streamlined process. Green bananas were peeled, sliced, dried, and milled into a smooth, fine flour. No additives, no preservatives—just a wholesome and versatile product for everyday cooking.

After returning home, David explored the market viability of bringing banana flour to the United States. The demand for gluten-free products and Paleo alternatives was on the rise, and banana flour was the perfect replacement for its wheat-based counterpart.

Impressed as he was by the product’s unique attributes, David was also motivated by his interactions abroad. “There was such a sincerity and kindness in the way our hosts welcomed us,” he recalls. “There was a beautiful exchange of mutual admiration and gratitude that sparked a change in me. It made me want to pursue a path of connectedness and it helped me truly see the world as a whole.”

With this perspective, David was driven to promote well-being at home and provide economic opportunities abroad. He teamed up with his long-time friend Todd Francis to create WEDO Gluten Free. Having integrated banana flour into their own diets with positive results, the pair was guided by a belief in the product and their own ability to start a business while doing good in the world.

Click here to read the full chapter for free at Take Back Monday. 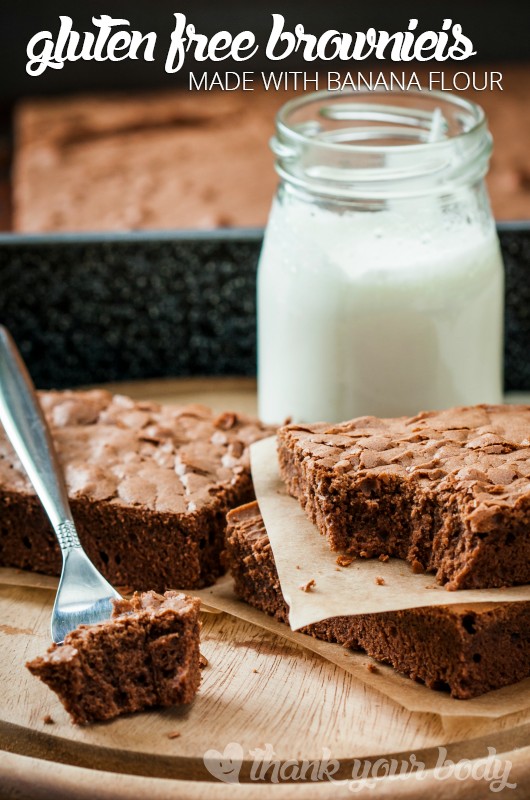 Don’t forget to check out Take Back Monday for even more inspiring stories!