Fitness Friday: An Overview of Running 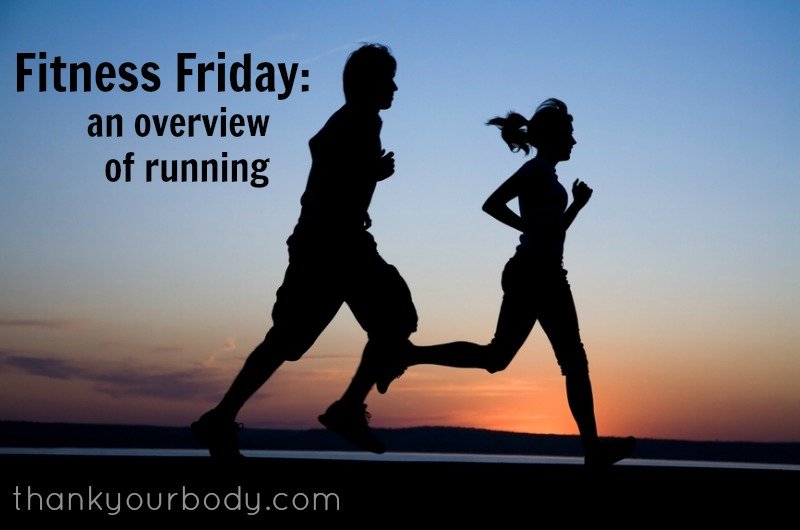 Welcome to another “Fitness Friday!” Each week I will be interviewing a new person about a new form of exercise. I’m talking to Zumba instructors,  crossfitters, bikers, yoga instructors, and more. Don’t think of this as a comprehensive guide to any one thing. Rather, this is an overview to get your excited about the possibilities and some information to get started.

Note: Please remember that fitness is personal. You should always check with your healthcare professional before starting a new exercise program, especially if you’ve been pretty sedentary before. The opinions expressed here are those of the people I interview… and they are just that: Opinions. Be smart with your health.

An Overview of Running

Today I’m happy to welcome Candice! Candice used to be my neighbor and I’ve been able to stay connected through her blog and instagram. She’s a total rock star when it comes to running and qualified for the Boston Marathon! Talk about inspiring.  I’m thrilled she’s willing to share a little bit about her  experience.

Tell us a bit about yourself: 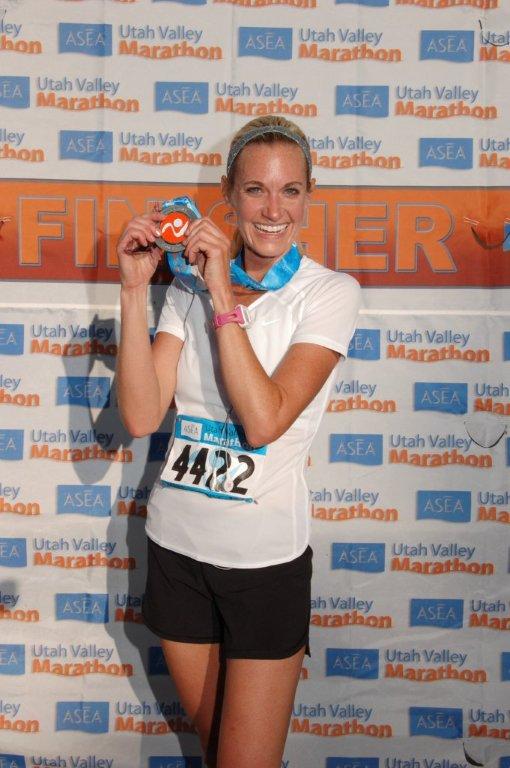 I am a wife and mom to two little girls. I have a degree in English and work as a freelance writer and editor from home. I am certified as a group fitness and yoga instructor but stopped teaching when I had my first child. I love to read, write, spend time with my family, and run!

I started running about a year after I had my first daughter. When she was 3 months old, I walked a 5k (3.1 miles) race to keep my cousin company. In spite of a lifelong aversion to running, I decided I wanted to run that same race the next year. I spent the next year alternating running and walking until I could run three miles. I didn’t love any of it, but the next year I ran that same race. Not long after that, I started to love it. The runner’s high is an absolutely real thing. Over the next few years, I signed up for a few other races. Then in 2008 I had my second daughter. When she was about 6 months old, I decided I wanted to give a marathon a shot. I ran my first marathon in September of 2009. During that time and until about a year ago, I did most of my running on a treadmill. I did all my training for my first marathon on the treadmill.

Since then, I have completed six other marathons, several half marathons, as well as a handful of 5Ks and 10Ks. In September of this year, my ultimate running dream came true when I qualified for the Boston Marathon, something I never thought I would be fast enough to do.

Tell us a little bit about running:

As a woman, I think it’s so interesting that for a long time, running was thought of as a man’s sport. In the early 60’s, women were officially banned from competing in U.S. Road races. Katherine Switzer made a mark in the sport in 1967, with an official bib by registering as K.V. Switzer. A race official tried to pull her off the course during the race, but her boyfriend body-blocked the official. She finished in 4 hours and 20 minutes.

Five years later, women were officially allowed to participate in road races but had to start at a separate time from the men. Not until 1984 did the Olympics allow women to participate in the marathon. Today in most races, including marathons, there are more female participants than male.

What are the benefits of running?

Running burns more calories than almost any other activity, no matter how fast or slow you run. It also helps prevent osteoarthritis, helps strengthen bones and prevent osteoporosis. Running has been shown to lower blood pressure, raise good cholesterol, boost your immune system and strengthens ligaments around your joints.

If the physical benefits aren’t enough, running also helps reduce stress. In fact, running has been used by mental health experts to help treat depression and other psychological disorders.

What would you caution anyone before starting for the first time? 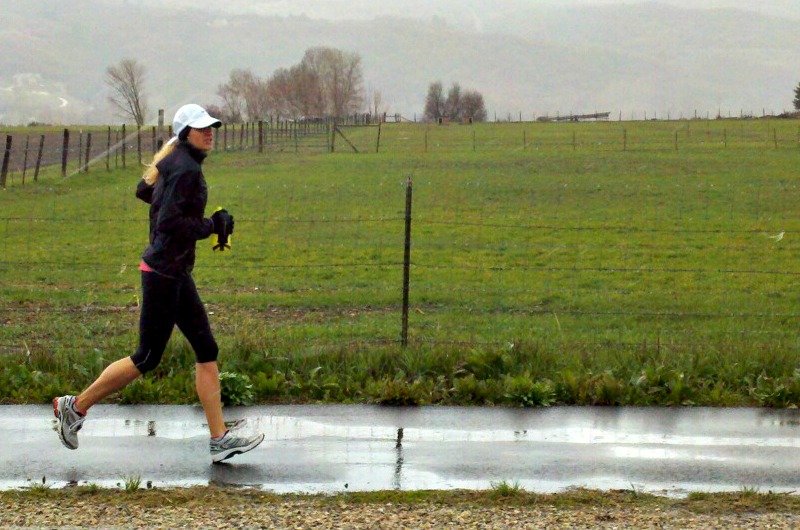 Is there any reason someone should NOT begin running?

What tips would you give to beginners?

Give yourself time. Don’t expect to go out there and run five miles on your first try and love every second of it. If it’s hard, make it easier by alternating walking and running. Set time goals rather than distance goals at first.

And get good shoes. Go to a local running store and be fitted for a shoe that is the right size (it will be larger than what you normally wear) and is made for your specific gait.

What sort of gear or products does someone need to start?

Like I mentioned above, good running shoes make a big difference. They are an important factor in injury prevention.

Other things that make running more pleasant, but are by no means necessary, are good socks (NOT cotton) and clothes made of sweat wicking materials. Fabrics sewn with flat seams are also kinder to your skin and cause less chafing.

If you find that your joints are giving you a little bit of pain at first, it might be normal. I recommend a potent supplement called Cissus Quadrangularis. It’s a special type of herb that is much different than the normal glucosamine type of product. Cissus has been shown to actually REBUILD cartilage where it’s needed most. Bodybuilders have sworn by it for over a decade now.

What is your cost per month to keep at it?

Most runners can do it virtually for free. Other than good running shoes, all you need is an open road or trail. However, I spend at least $100 per month on running. This includes race fees, clothes and miscellaneous supplies, such as headbands, energy gels, gloves in the winter, new music on iTunes, etc.

Are there any resources that you would recommend to help those who are interested in starting?

My favorite running website and magazine is Runner’s World. To find great places to run in your area, your local running store is a great resource. Many of them even have running groups you can join, no matter how long you have been running or how fast you are. (Robin: You should also check out Candice’s blog here.)

Any final remarks on why you love running?

There are a lot of running cliches out there, like…

Believe in the run.

Running moves you forward in more ways than one.

It doesn’t get easier; you just get better.

These are just a few. The reason there are so many is because they are all true.

Running has taught me so much about myself. It has helped me through my tough times. It makes me a happier person. It has made my family closer. And it has made me a better person, inside and out. 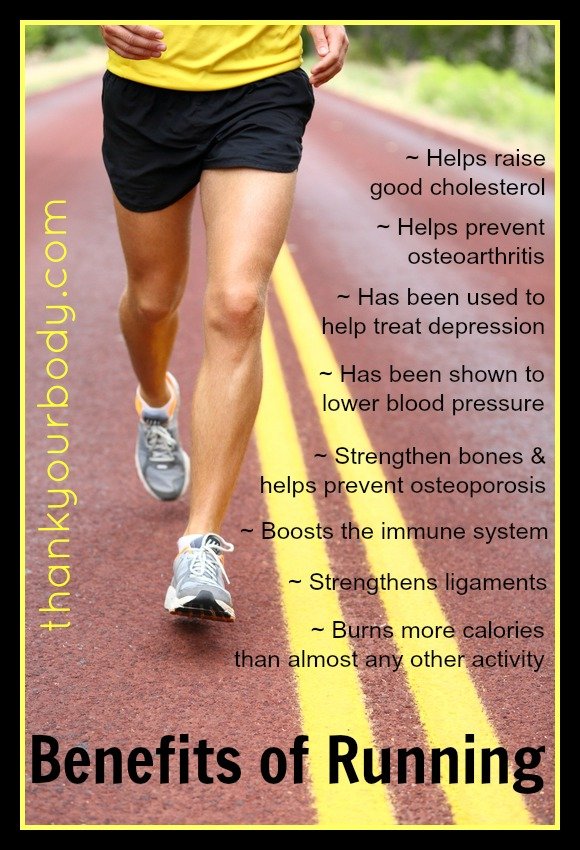 Thank you, Candice! Be sure to say “hi” to here on her blog. Tell me, are there any runners in the house?