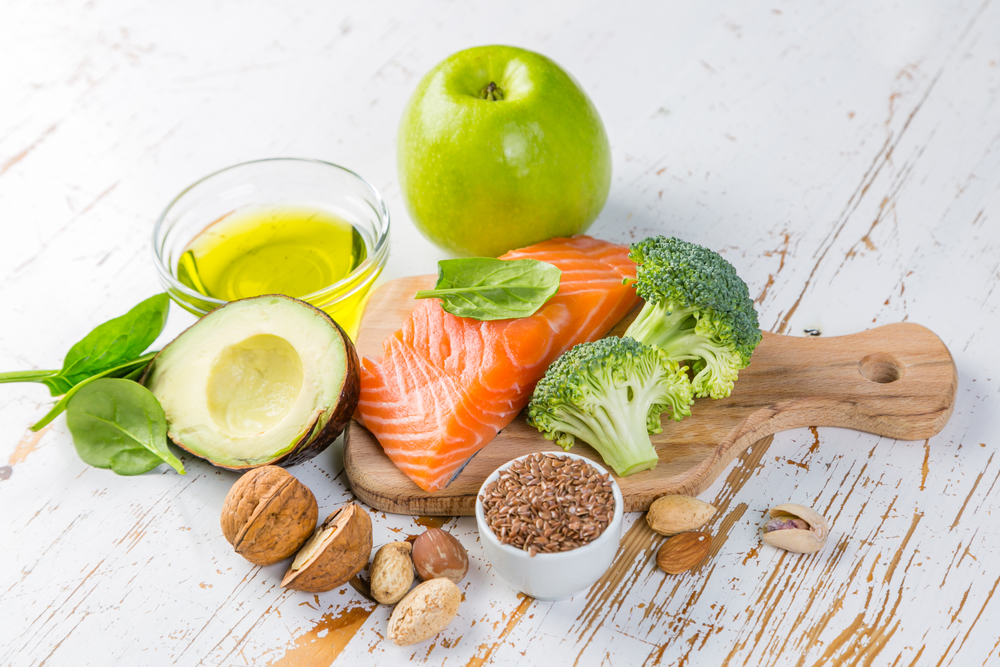 A ketogenic diet can be used from children up to and through adulthood. Not only has it been found to be an effective dietary plan for ketogenic therapy to reduce epileptic fits, but it’s also useful for adults who have developed diabetes or who just find their body responds well to this diet.

In this article, we’ll initially cover keto diets in general and some of the health benefits before swiftly moving into the supplements that have been found to make up for deficiencies in micronutrients as a result of Keto diet plans.

Keto – as it’s often truncated to – is focused around a low carbohydrate, high fat meal plan. It bears some similarities to the Atkins diet, however there are some key differences. The stark reduction in carbohydrates which is often the primary energy source for the body leads to ketosis, a different metabolic state. Once in ketosis, fat is routinely burned for energy instead of relying on carbohydrates, hence the higher fat content in keto meal plans.

For sufferers of diabetes with insulin levels that cause them health difficulties, both their insulin levels and blood sugar levels tend to be lower in ketosis which helps to manage the disease. Also, for sufferers of epileptic fits, being on a ketogenic diet was found to be helpful to reduce the frequency of fits occurring outside of other treatment protocols like anti-epileptic drugs.

A reliance on a protein and fat-heavy diet plan along with ketones, which is a byproduct of fatty acid breakdown, does present some unique challenges from the perspective of having a balanced diet, particularly when it comes to micronutrients. We’ll now look into that.

For keto dieters, either due to health concerns, weight loss goals or personal preference, it’s important to understand that there’s a real risk of a deficiency in micronutrients.

Children were first put on the keto diet due to medical reasons, namely epilepsy. First results from doing so were observed under medical conditions back in the 1970s. While some of the results related specifically to children only (such as a lack of a well-rounded diet affecting their future growth), there’s a broader application for adults too.

From the 1970s through to the 2000s, various studies indicated that children on keto had various nutrient deficiencies. Some patients were reported to have bone mass reduction and several patients had a thiamine deficiency. Selenium was also deficient in a number of children too. Vitamin D was found to be low on occasion – the vitamin that affects the health of bones. This led to a loss of bone mineral density and bone health. One child had a vitamin C deficiency as well.

Another point of note was what their diet consisted of prior to switching to keto. When it included a reduced calorie intake, a switch to keto was particularly disadvantageous. In which case, including supplementation with multi-vitamins, minerals and more was required to avoid a more serious deficiency causing related health issues.

While the earlier studies related to children, they should not be dismissed for adults. A review of how adults manage on a ketogenic diet has indicated a significant likelihood of micronutrient shortages or a complete absence of some nutrients with certain ketogenic meal plans.

Indeed, the situation is not that unusual. Vegetarians and vegans are advised to eat from a wide variety of non-animal protein sources to avoid running low on necessary nutrients that are present in animal products but sparingly found in different protein sources used in vegetarian/vegan cooking. 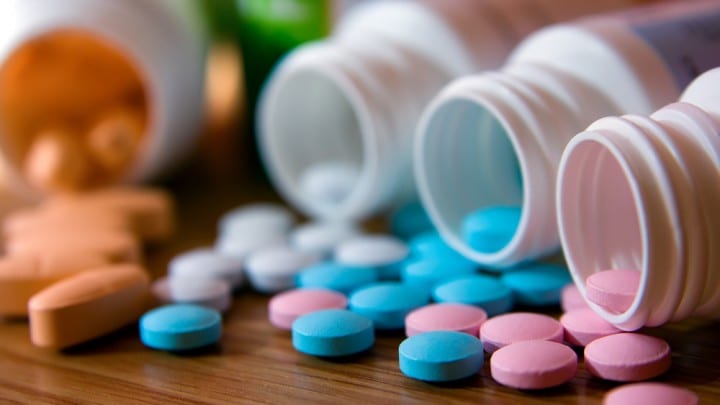 Here are some details about the recommended supplements to stock up on when on a keto diet plan.

Carnitine is uniquely needed for keto dieters and the benefits of carnitine are well-known. The reason is a little complicated, so bear with us. A keto diet has considerably more fat. This leads to a greater amount of fatty acids that must go through oxidation. To do that, the fatty acids need to be moved to the mitochondria. The process tends to deplete the body’s stores of carnitine because there’s a substantial increase to fatty acid transfer.

The problem is magnified should a dieter be restricting their keto calories as well. Also, to get really technical, with diets that are heavy on high, long chain fat instead of MCT, are especially at risk. People who are focusing on their diet to that degree know who they are!

Also, if taking a medicine called sodium valproate (used for bipolar disorder and epilepsy treatment), that can create a carnitine shortage which isn’t normally a problem, but when on a high fat diet, it is.

For people using keto to lose weight, it’s worth pointing out that without enough carnitine, it’s harder for their body to get into a state of ketosis despite following a keto plan. This is because ketone synthesis isn’t as good. Additionally, without many carbohydrates and not being able to burn fat, energy levels are likely to be lower. No matter what your goals, a good carnitine supplement will come handy.

Taurine is a naturally occurring amino acid in the human body. The organic compound has been found to be safe and is also found in animals. It’s most commonly located in the large intestine and is around 0.1% of the body mass of every person.

Most non-keto eating plans include between 40 to 400 mg of taurine on a typical day. It’s also included in numerous energy drinks because of its usefulness to the body, not just for keto dieters.

Taurine is known as a conditionally essential amino acid. This means while the human body can produce it, it can only do so in small amounts. It’s useful in regulating mineral levels, aids digestion through bile salt, assists with electrolyte balance (something we will touch on later) and helps to manage hydration which is useful during and post-exercise too. It has also been found to have an antioxidant feature and works wonders for your immune system.

Research by the National Institute of Health also concluded that taurine has a useful carbohydrate sparing effect. In other words, with extra taurine in the system, the body is encouraged to look elsewhere than carbs to find energy sources. These sources include fats, fatty tissues and others. This assists people on a keto diet.

The important thing for keto dieters to appreciate with EAAs is that all 9 amino acids are required for muscle production. These essential amino acids act to use protein in the diet and convert it into muscle protein through a process known as muscle synthesis. Without any one of these 9 amino acids, muscle creation halts in its tracks.

Why should muscle production matter to someone on keto? The simple answer is that muscles which are made up of protein don’t remain static. The protein degrades over time, gets discarded and must be replaced by new protein that’s been synthesized for the muscles. Without the EAAs, keto dieters will suffer muscle loss and muscle strength decline along with it because muscles are continually breaking down and not being replaced.

One main consideration with EAAs and why keto dieters tend to take EAA supplements is because a reduction in calories tends to naturally spike insulin levels. Using EAAs, this ensures the body stays in an anabolic state which is necessary for muscular generation even with keto or calorie restriction.

Electrolytes are familiar on a surface level because exercisers often reach for an electrolyte drink or a packet they can add to still water that has electrolytes in it. It’s often used to replenish the body after sweating because along with sweating out water, the body also loses salt, sugar and plenty of important minerals and micronutrients. Getting those back into the body doesn’t happen just from consuming water, and replacing them all is difficult from a single meal, especially a keto one with specific calorie or food type restrictions.

What are electrolytes? They’re minerals which assist the body in transmitting impulses from the nervous system to the brain, keeps the heart pumping, and gets the balance of water around the body right, among other important functions. There are multiple types of electrolytes: potassium, sodium, bicarbonate, calcium, phosphate, and chloride.

The troubling issue for keto dieters is that this meal plan badly depletes electrolytes in the body. So much so, that they need to be replaced on a daily basis to avoid a meaningful negative impact on important bodily functions.

Ketones normally come from the breakdown of various fatty acids when on a keto diet. As such, ketones are a great fuel source, but with calorie restriction under keto for people wanting to lose weight, they’re in limited supply.

Thankfully, exogenous ketones come to the rescue. The exogenous ketones aren’t produced by the human body. However, they are now produced in synthetic supplement form. They provide much needed additional energy. Just like with an energy drink, they give you a mental boost and physically you feel pretty good too. For people on keto who find that they’re often feeling lethargic or low on energy, then a good exogenous ketones supplement is worth trying out.

The real benefit for keto dieters is that while extra ketones are produced when on a keto diet, they can get the same effect while not restricting their calories. This is great news for people who are on a keto eating plan as a lifestyle choice and not for other reasons. 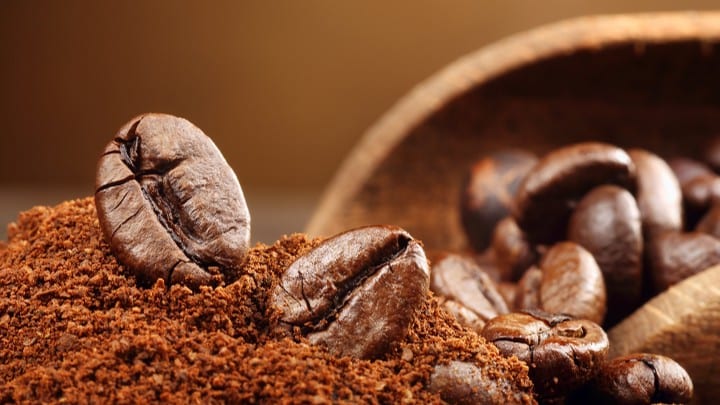 Caffeine is well known as an additive with soda drinks, energy drinks and coffee in the morning to get you energized for the day ahead. It’s also useful for keto dieters, even people who are newly on the diet and aren’t in a state of ketosis just yet.

Various studies including one from the NIH have found that caffeine is a net producer of extra ketones in the body. These ketones directly provide energy for keto dieters, which is never a bad thing. When not in ketosis, caffeine helps anyway, but when in full ketosis as a dedicated keto dieter, ketone production gets a meaningful boost.

As well as the above ideas for supplements, a good multi-vitamin supplement is an excellent idea. Several early studies indicated a vitamin deficiency when on keto, so it’s sensible to deal with that directly with a basic multi-vitamin.

Eating more greens or taking a green powder which mixes in plenty of green vegetable ingredients is helpful. Taking digestive enzymes can assist when keto creates digestive issues when making the switch from a different diet plan. Taking Omega-3 oil, MCT oils and magnesium has also been found to be useful for many keto fans who are looking for something extra to try.

Lastly, consider a Glutamine supplement to use post-workout. It’s excellent at replenishing glycogen (which provides energy) when there are insufficient carbohydrates which the body would usually be seeking out.

PrevPreviousAll natural body spray recipe: Aromatherapy at its best.
Next7 Types of Magnesium – What’s the Best Type of Magnesium Supplement?Next